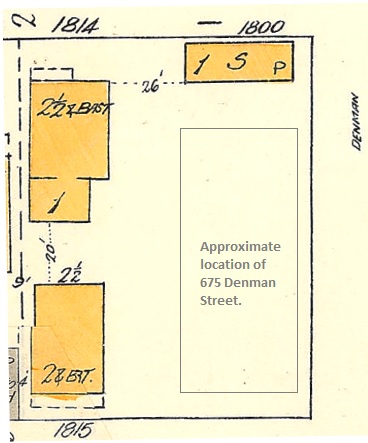 There are three references to this property in Heritage Vancouver Society’s database of historic building permits: http://permits.heritagevancouver.org/index.php?cID=1 [searched March 1, 2019].

In the 1940s, the house offered rental accommodation.

A low-rise commercial building appeared on the site in the 1950s. 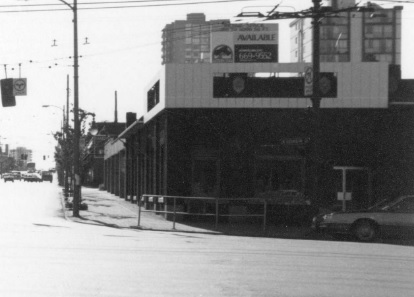 West side of Denman Street, between Georgia Street and Alberni Street; detail from Denman and Georgia [Streets looking] south; between 1980 and 1997; Vancouver City Archives, CVA 772-537; https://searcharchives.vancouver.ca/denman-and-georgia-streets-looking-south.

A two-storey retail building later appeared on the site, with an address of 679 Denman Street. 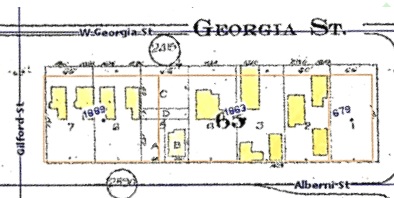 One thought on “675 Denman Street”