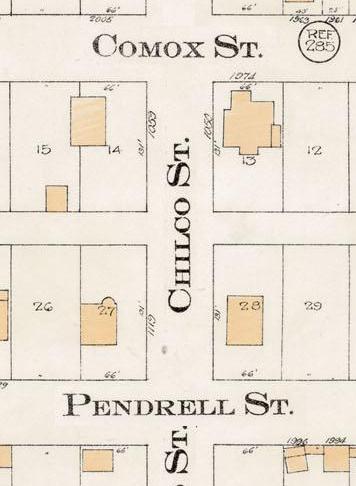 Chilco Street between Comox Street and Pendrell Street – Detail from Goad’s Atlas of the city of Vancouver – 1912 – Vol 1 – Plate 8 – Barclay Street to English Bay and Cardero Street to Stanley Park. 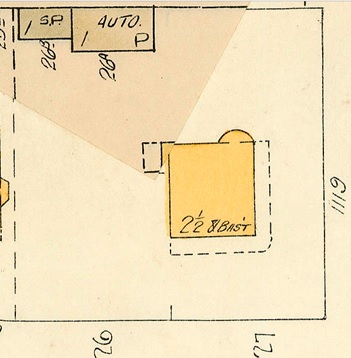 There are two references to this property in Heritage Vancouver Society’s database of historic building permits: http://permits.heritagevancouver.org/index.php?cID=1 [searched February 17, 2019].

In the 1920s, the house became a boarding house.

In 1942, Hugh Stewart Thompson (1895-1967) obtained a permit to make alterations to housekeeping rooms in the house.

After the alterations, the house became “The Antoinne Apartments.”

In 1955, the contents of 1119 Chilco Street were for sale by auction. The house was being demolished to make way for a new apartment building.

By December 1955, the new apartment building, called Delwood Apartments, was available for rentals. 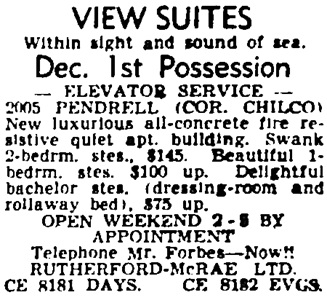 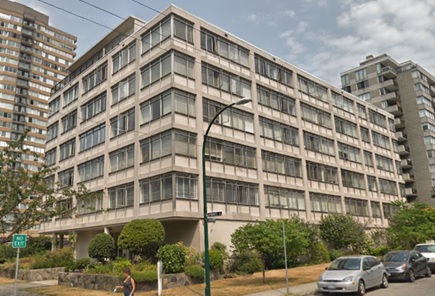