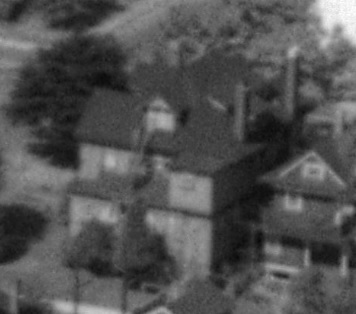 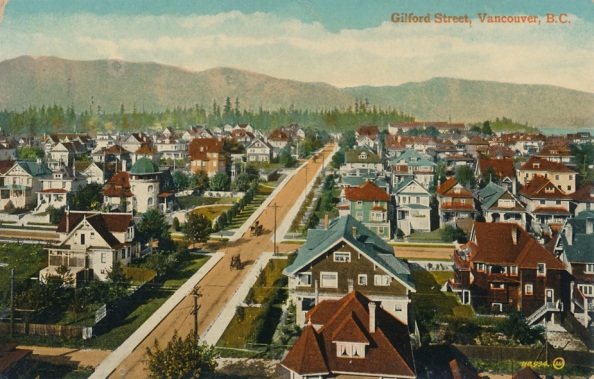 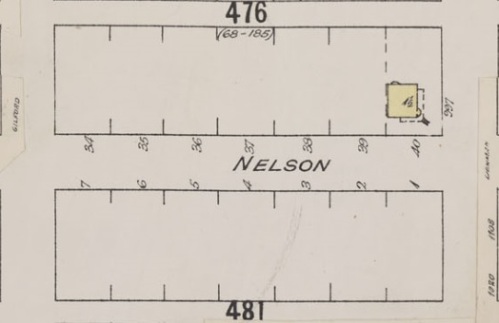 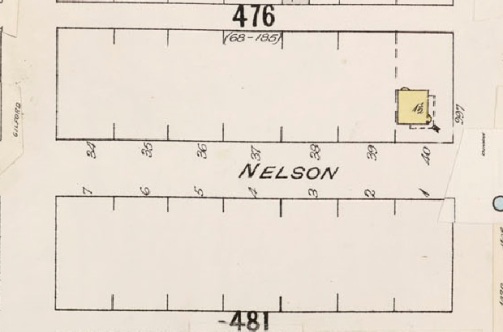 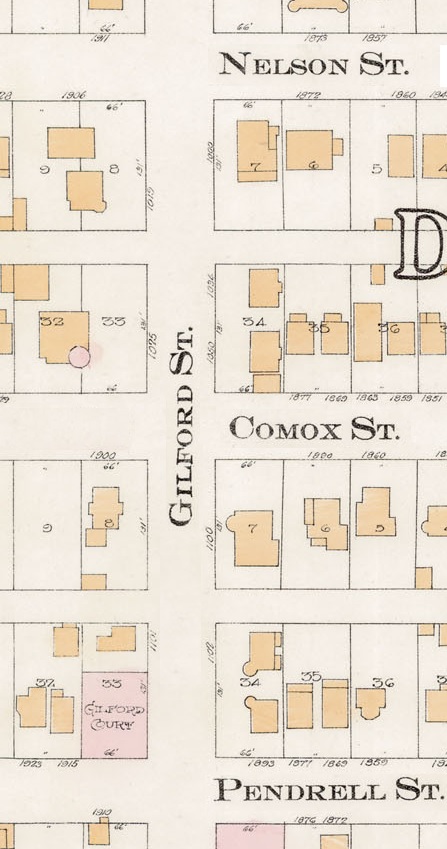 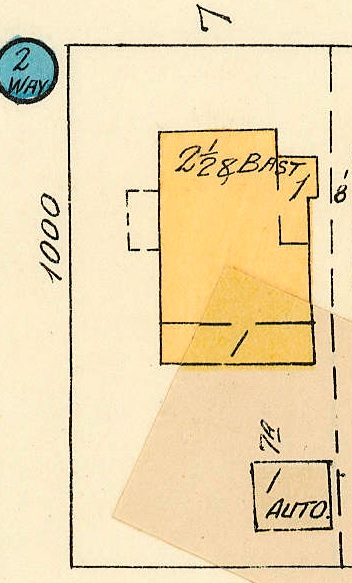 There is one reference to this property in Heritage Vancouver Society’s database of historic building permits: http://permits.heritagevancouver.org/index.php?cID=1 [searched February 6, 2019].

Richard Henry Alexander hired the architectural firm of Parr and Fee to design the house at 1000 Gilford Street. 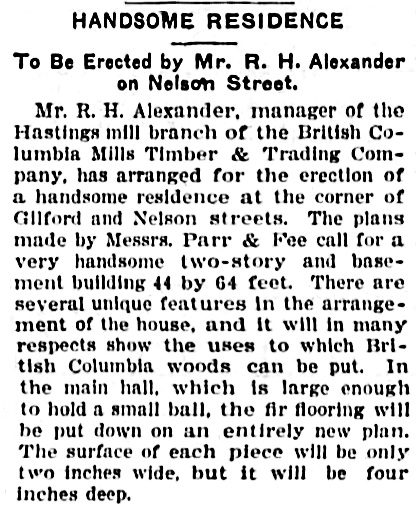 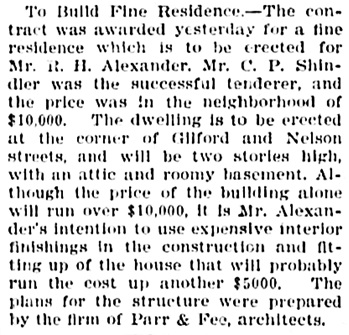 The house continued as a private residence during the 1920s and 1930s. 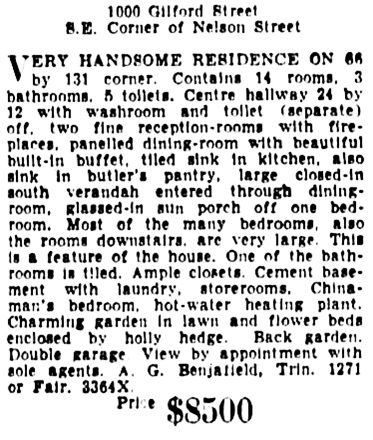 By August 1938, the realtor listed the house as having potential for conversion into eight apartments. 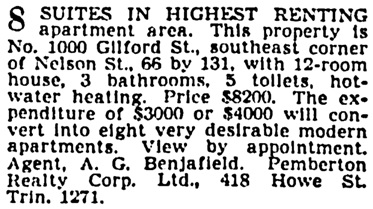 In January 1939, a mortgage holder offered the house for sale. 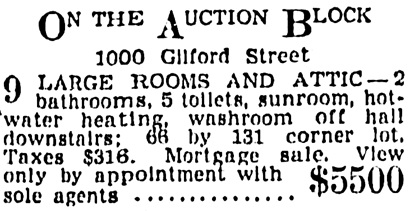 The house was again for sale in February 1940.

In April 1940, the owner converted the house into apartments. 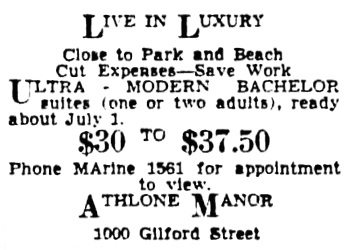 In 1964, the property was for sale as an apartment site.

By the summer of 1966, there was a new apartment building on the property. It was called The Park Bay, and it had an address of 1010 Gilford Street. 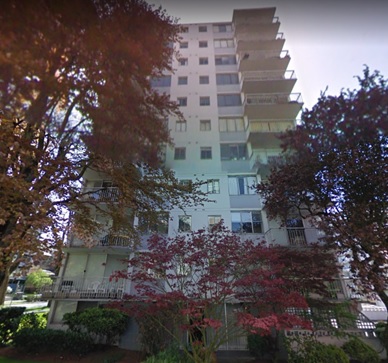