1901 Beach Avenue was one of four similar houses on the north side of Beach Avenue, just west of Gilford Street. They first appeared in the Vancouver directories in 1903.

There are no references to this property in Heritage Vancouver Society’s database of historic building permits: http://permits.heritagevancouver.org/index.php?cID=1 [searched November 21, 2018].

By 1923, Reginald and Ronald Rice had a confectionery on this site. 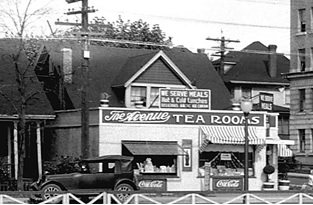 In 1935, Violet Marion Brown-Webster opened an art gallery that specialized in selling her own creations. 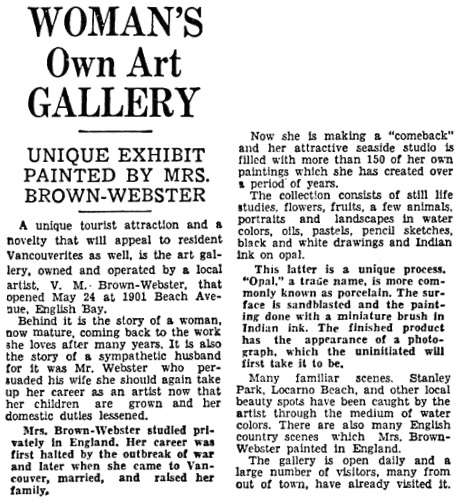 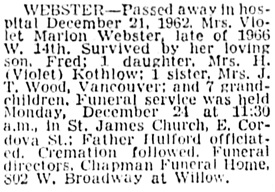 In 1939, a confectionery called the Sea Breeze Inn was operating at 1901 Beach Avenue. “Madame Leone” was available to tell fortunes.

In 1941, the Huntington Apartments appeared on the site. Henry Sandham Griffith was the architect for this Tudor-styled building.

By the 1970s, there were plans to demolish the Huntington to make room for a new, taller building. In 1976, the Vancouver city council voted against the proposal.

However, by 1988 the city council supported a plan to replace the Huntington with a narrow high-rise tower.

The new tower, called “Eugenia Place,” has a street address of 1919 Beach Avenue. At the base of the building are several low walls that reflect the footprints of the original houses and the 1940s Huntington Apartments. There are also several concrete representations of tree stumps.

Perhaps the most distinctive feature is a tree that grows on the top of the building. It is meant to evoke the height of the trees that grew in this area before they were cleared out in the 1800s.

Unfortunately, the original tree on the building did not survive, and it was replaced in 2017.