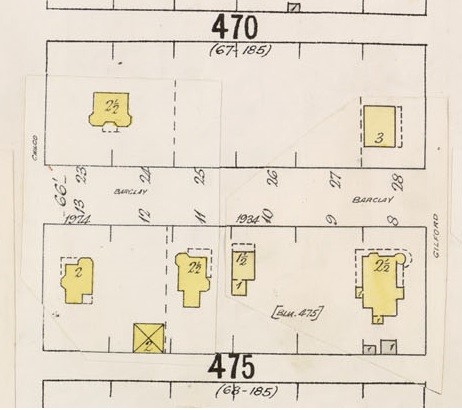 There is one reference to this property in Heritage Vancouver Society’s database of historic building permits: http://permits.heritagevancouver.org/index.php?cID=1 [searched January 30, 2013].

By 1922, rooms in the house were available for rent.

The house was still offering rental accommodation in the early 1960s.

In April 1963, “The Edgemont” apartment building was on the site.