There are two references to this property in Heritage Vancouver Society’s database of historic building permits: http://permits.heritagevancouver.org/index.php?cID=1 [searched May 2, 2019].

In 1918, the contents of the house were for sale by auction.

Beginning in the 1920s, the house advertised rental accommodations.

The house continued to offer rental accommodations through the 1950s and 1960s. 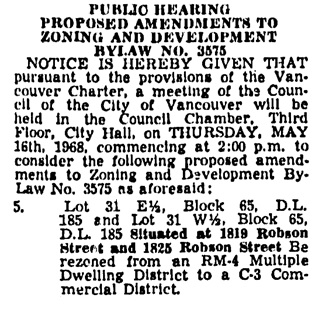 The service station later closed, and a four-storey building appeared on the property. The newer building had a street address of 1821 Robson Street. It occupied almost all of Lot 30 and the south portion of Lot 31.

1800 block of Robson Street (north side); Vanmapp, City of Vancouver; http://vanmapp.vancouver.ca/pubvanmap_net/default.aspx. [Includes 1912 Goad’s map of Vancouver and property addresses in 2019.] 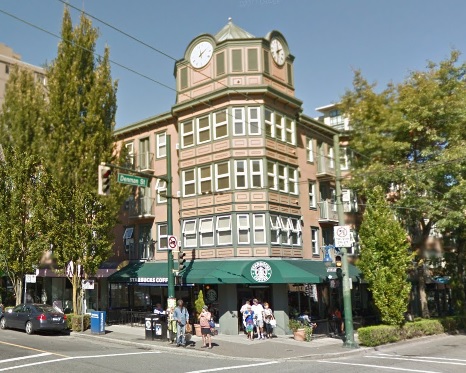 In 2019, the Times Square Suites Hotel operates an apartment hotel in the building.