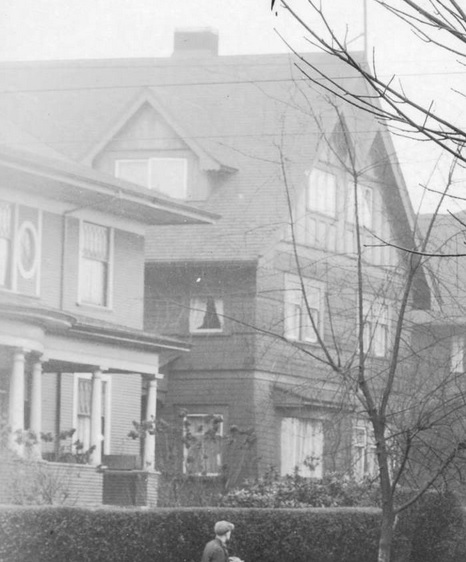 1816 Haro Street was on the south side of Haro Street, just west of Denman Street. 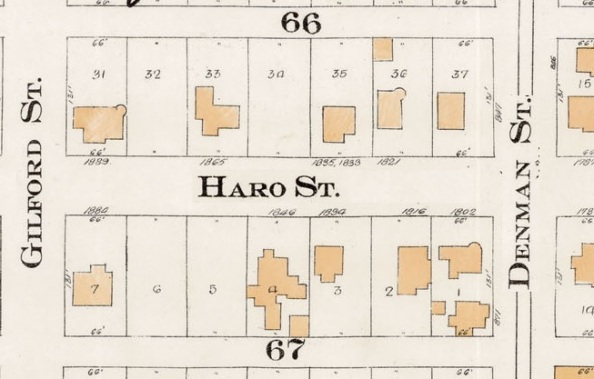 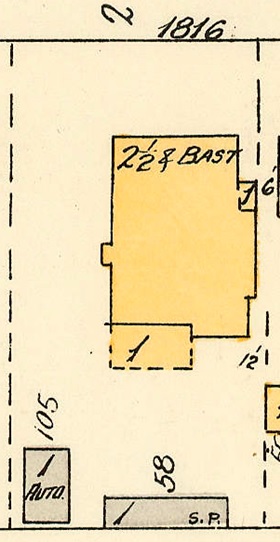 There are two references to this property in Heritage Vancouver Society’s database of historic building permits:http://permits.heritagevancouver.org/index.php?cID=1 [searched March 21, 2019]. 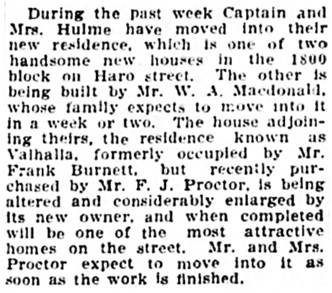 The first social event in the house was in January 1910. 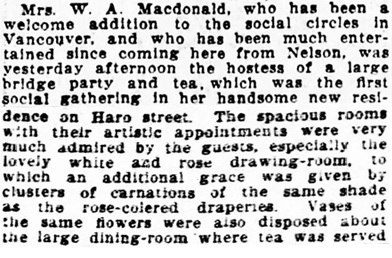 In 1929, a bailiff auctioned the contents of the house. 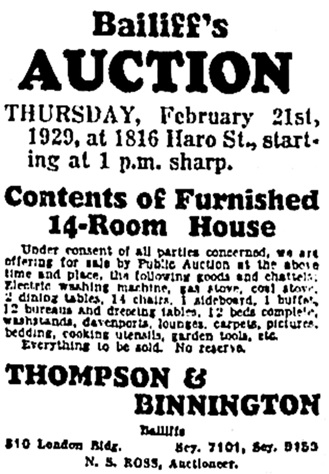 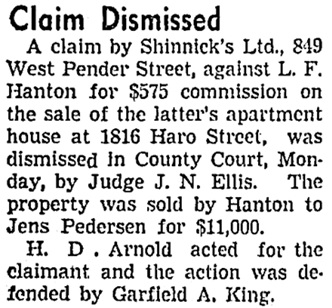 The house continued to offer rental accommodation until the 1970s.

In 1973, a developer proposed to build a 21-storey building on the site. After the city refused to allow the project to go ahead, the developer sued the city. The city agreed to approve the project. [The article below gives the address as “1810 Haro.” The address was 1816 Haro Street when the new building appeared.] 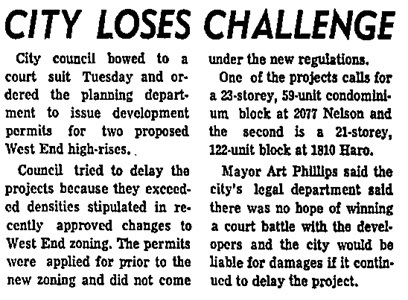 By 1975, the developer was advertising sales in the new building, which was called “Huntington Place.” 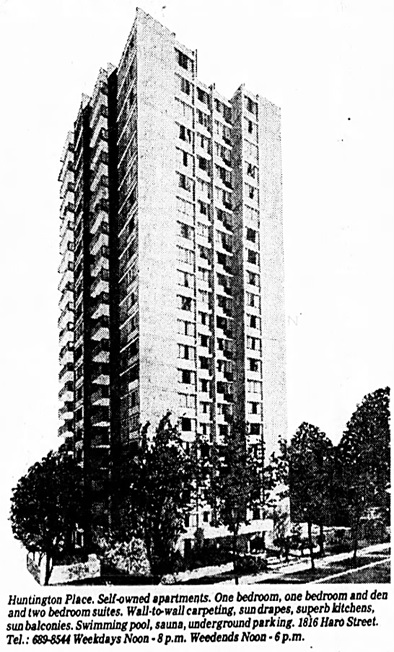 1800 block of Haro Street, south side, Vanmapp, City of Vancouver; http://vanmapp.vancouver.ca/pubvanmap_net/default.aspx. [Includes 1912 Goad’s map of Vancouver and property addresses in 2019.] 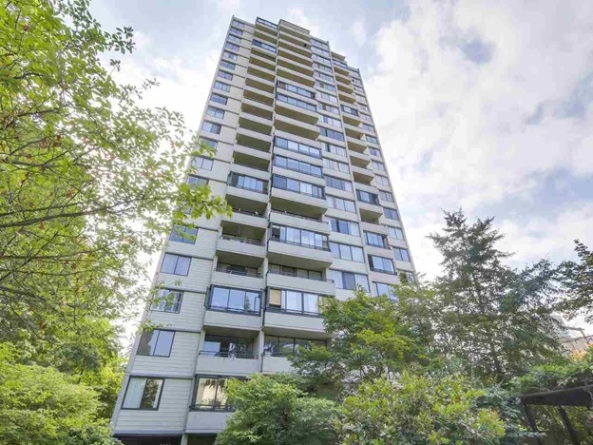