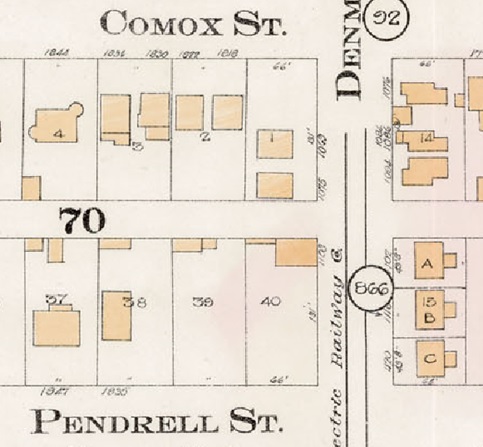 Denman Street – between Nelson Street and Comox Street – Detail from Goad’s Atlas of the city of Vancouver – 1912 – Vol 1 – Plate 8 – Barclay Street to English Bay and Cardero Street to Stanley Park. 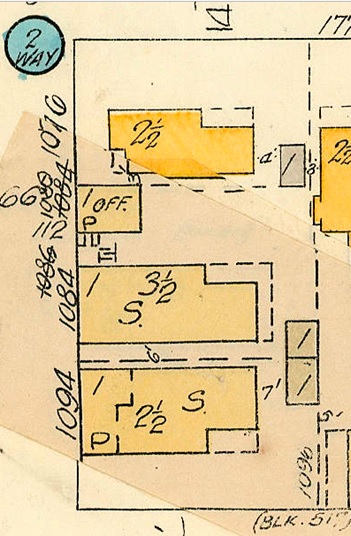 There are no references to this property in Heritage Vancouver Society’s database of historic building permits: http://permits.heritagevancouver.org/index.php?cID=1 [searched August 20, 2019].

This address was listed as “vacant” in the Vancouver directory listings from 1915 to 1920.

Although the directory listings said that the property was vacant, it still appeared as a contact address for real estate listings during that period. 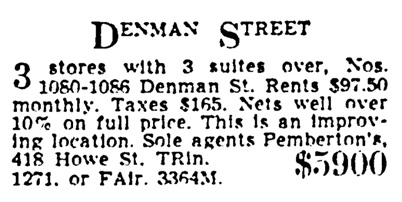 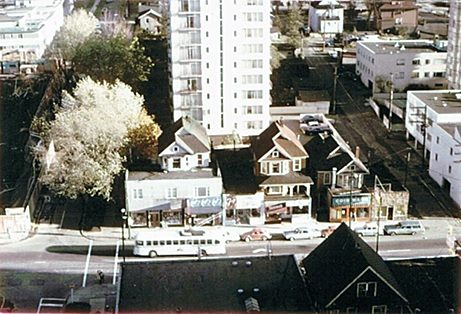 A series of restaurants has been at this location since the 1980s. 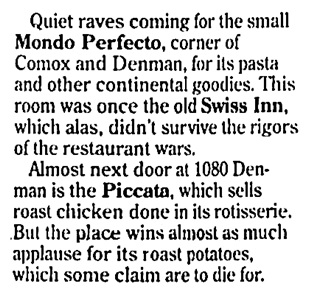