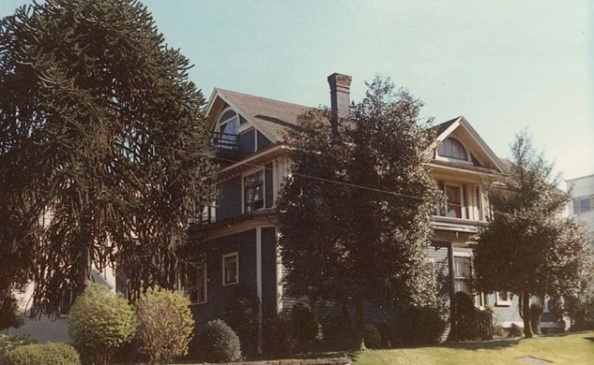 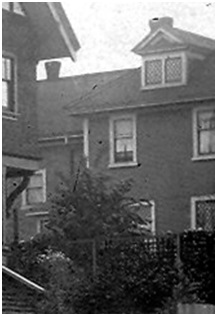 There is one reference to this property in Heritage Vancouver Society’s database of historic building permits: http://permits.heritagevancouver.org/index.php?cID=1 [searched May 17, 2019].

[Note: the block number in the permit reference should be block 66.]

In 1944, the house was converted into apartments.

After the conversion into apartments, the address became 828 Gilford Street. 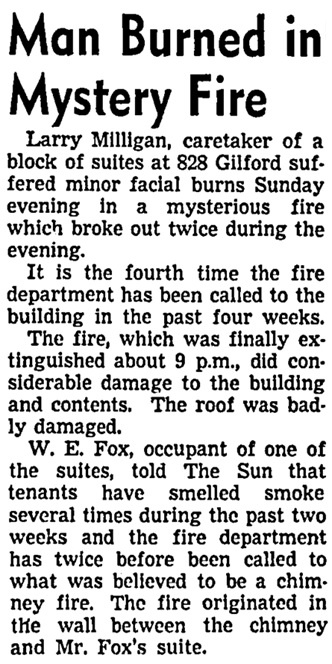 The house continued to offer rental accommodation through the 1970s and early 1980s.

In 1984, Stone Development Limited applied for a permit to construct a four-storey apartment building on the property.

In 1985, a new condominium apartment building was on the site.

Thanks to Ted Thomas for providing the photograph of the house in the 1970s. Ted lived in the house from 1972 to 1975. The rent for his one bedroom apartment was $115.00 per month. His front window looked out onto Robson Street, but the view was partially obscured by the monkey puzzle tree, which was as tall as the house. The ceilings in the house seemed incredibly high. The garages for the property were originally stables. Someone had nailed an old horseshoe above the garage door. Mr. and Mrs. Wilson, an elderly British couple, were the managers of the apartments in the house. They were the sweetest people you could ever hope to meet. And there was a Manx house cat, which Ted called “Tom.”