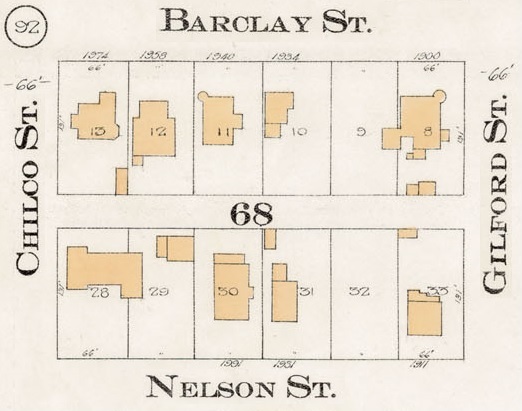 There are no references to this property in Heritage Vancouver Society’s database of historic building permits: http://permits.heritagevancouver.org/index.php?cID=1 [searched January 28, 2019].

The house was a private home until the 1950s. At some point it was divided into two suites.

The house continued to be available for rent through the 1950s and 1960s. 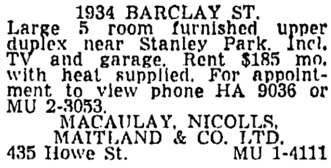 By 1979, a developer was proposing an apartment building for the site. At first the building was to include 12 dwelling units. 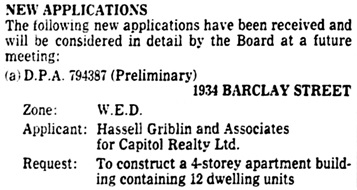 Soon afterward, the proposed building was to contain only 10 units.

The building was on the market by October 1979. 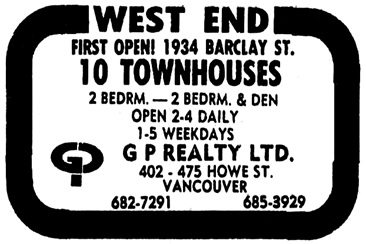