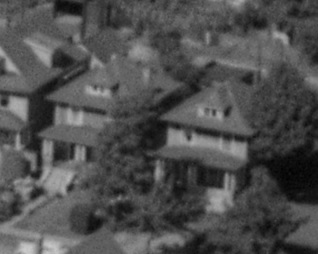 1845 Comox Street was on the north side of Comox Street, about midway between Gilford Street and Denman Street.

There is one reference to this property in Heritage Vancouver Society’s database of historic building permits: http://permits.heritagevancouver.org/index.php?cID=1 [searched February 23, 2019].

In 1905, the house was available for a short term lease.

By the 1930s, the house offered rental accommodation.

The house continued to offer rental accommodations in the 1950s.

In March 1964, the furniture in the house was for sale. House wreckers were preparing to demolish the house.

In June 1964, a new 12-storey apartment building was under construction on the site. Three men were working on a construction crane when it toppled over and crashed into some upright reinforcing rods. One worker was injured. 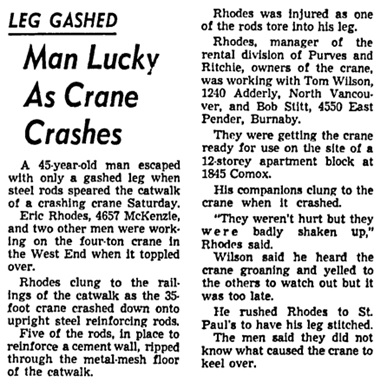 By January 1965, the new rental apartment building was on the site. It was called “The Ocean Bay,” and the address was 1845 Comox Street.